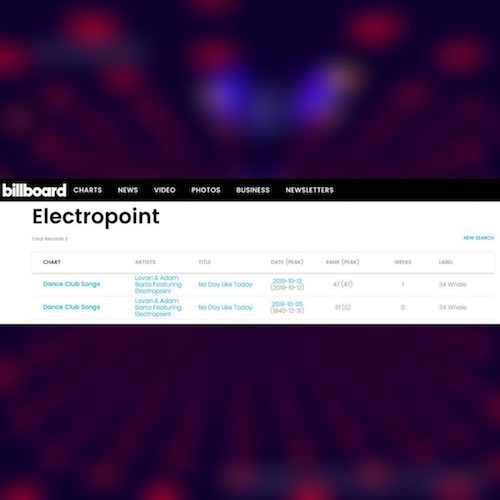 It’s not all pianos and strings over here. In addition to writing music for films, television, and commercials, I am also producing a lot of music for celebrities under the producer moniker Electropoint. My latest song, “No Day Like Today feat. Electropoint”, for reality tv star and recording artist Adam Barta and Lovari hit #26 on the Billboard Dance Club charts. As of the time of this post, we’ve been on the charts for 3 weeks and climbing.